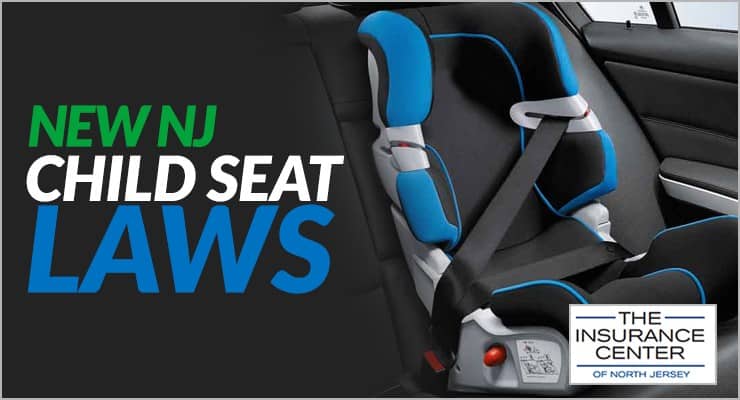 More American children die because of vehicle accidents than for any other single reason. One of the simplest and most effective ways to reduce this risk is by using child safety seats properly. Of course, following the rules also puts drivers in compliance with the new child seat laws that became effective on September 1 of 2015.

Failure to comply with these new laws results in fines from $50 to $75. According to the State of New Jersey, the guidance for the latest New Jersey child seat laws comes from the recommendations of both The National Highway Traffic Safety Administration and The American Academy of Pediatrics.

These rules apply to all children who are younger than eight and shorter than 57 inches tall:

For example, a three-year old child who weighs 50 pounds could sit in a booster seat. He or she may be too large for a seat meant for infants and smaller toddlers. Also, parents might use their judgment about a nine-year-old who hasn’t reached 57 inches tall. If the regular seat belts in the car won’t fit the child correctly, a booster seat could still be employed.

Children should be seated in the backseat, if possible. Some cars only have one row of seats. In this case, the child might be seated in an appropriate safety seat, booster chair, or seat belt. However, this is only allowed if the airbags on the passenger side have been disabled.

A Reminder for Parents Who Are Expecting

Preparing for the birth of a child is usually an exhausting and busy time. However, it’s important to remember to install a proper infant seat well before the expected due date. There are plenty of organizations that will check your safety seat and its installation for free.

The Office of the Attorney General for New Jersey has a page that lists free seat check resources all over the state:

Why Comply With the Updated New Jersey Child Restraint Rules for Vehicle Passengers?

In one year, 35 percent of children who died in vehicle accidents were not restrained at all. According to the SeatCheck.org statistics page, the proper use of child safety seats can reduce the number of those unrestrained fatalities by over half for pre-school children and over 70 percent for infants. At the same time, studies have shown that seven out of ten of juvenile vehicle passengers did not enjoy proper restraint. Besides avoiding expensive fines for violating these new laws, parents and caregivers can greatly reduce the risk of injuries to their children by making sure their kids are properly buckled up.

You can focus on keeping your family safe, and we’ll work with you to find quality auto insurance at an affordable rate. Call 201-525-1100 or email us at info@icnj.com.