Good News For You About Wearable Technology 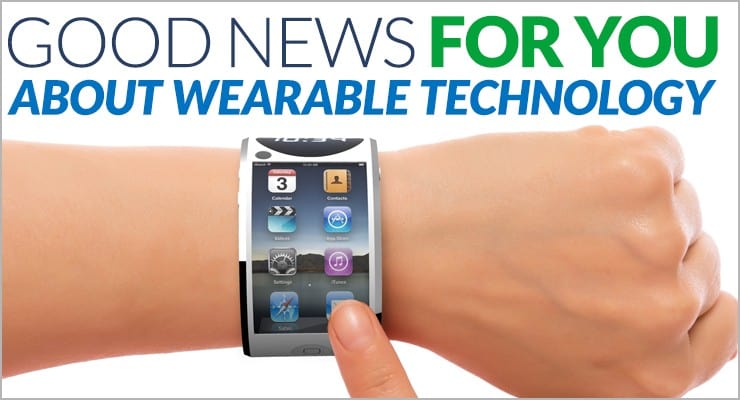 From fitness trackers to smartwatches, wearable cameras, smartglasses, wearable blood glucose monitors, and biometric wristbands, wearable technology is changing the world in a number of amazing ways. There’s a whole new world of potential health and healthcare benefits waiting to be unlocked, thanks to the convenience of wearable technology.

One thing is certain, the wearable technology market appears to be here to stay, at least according to the statistics below.

With numbers like these, it’s safe to say that more businesses, industries, and individuals will be exploring the promise that wearable tech presents.

The purpose of wearable technology is to collect data, utilize it, and in some cases to share it. Whether that data includes fitness data, images, video, sleep patterns, steps taken, distances walked, calories burned, heart beats per minute, these devices track data for specific purposes. Many of them can be synced with computers or tablet devices or shared via apps that work on various platforms.

This is where wearable technology shines.

Fitness bands and biometric devices are helping people to lose weight and improving the obesity epidemic. But these fitness gadgets aren’t the only wearable tech in town with identifiable health benefits.

For instance, Dexcom is now designing blood glucose monitors that send glucose levels directly to the Apple Watch so that diabetic patients can take fast action when something is wrong. Parents of diabetic children can use this technology to monitor their child’s glucose levels even when they’re apart.

Other businesses are beginning to use fitness trackers as a way to encourage healthy competition (literally competitions for better health) among employees and offering incentives — such as reduced insurance premiums — to employees who accept the challenge and shape up within specified time periods, according to CIO.

Some health care providers have patients sending them information from their fitness devices regularly in order to monitor a wide range of health stats for signs of problems, in addition to monitoring healing from a surgery. In essence, it enables physicians to perform a virtual house call of sorts, on a daily basis or even on an hourly basis.

Claims Journal reports that 22 percent of insurers are currently developing strategies to use wearable tech. Six percent of them are already putting wearable tech to work for them. Out of 200 insurance executives surveyed, 63 percent think that wearable technologies will broadly adopted within their industry within the next two years, reports Insurance Journal.

One example of this is Google Glass. Some insurers are using Google Glass when their adjusters visiting sites in the aftermath of large scale disasters like hurricanes, tornadoes, wildfires, and floods. Even with smaller scale events, these glasses can come in handy for showing the breadth of the devastation as the adjuster sees it.

While it provides important information to insurers about the scale of the damage, it also helps to improve customer service by speeding up the survey process. It does this by reducing the number of trips adjusters must make to sites and areas and providing a more thorough record of the devastating losses that have occurred.